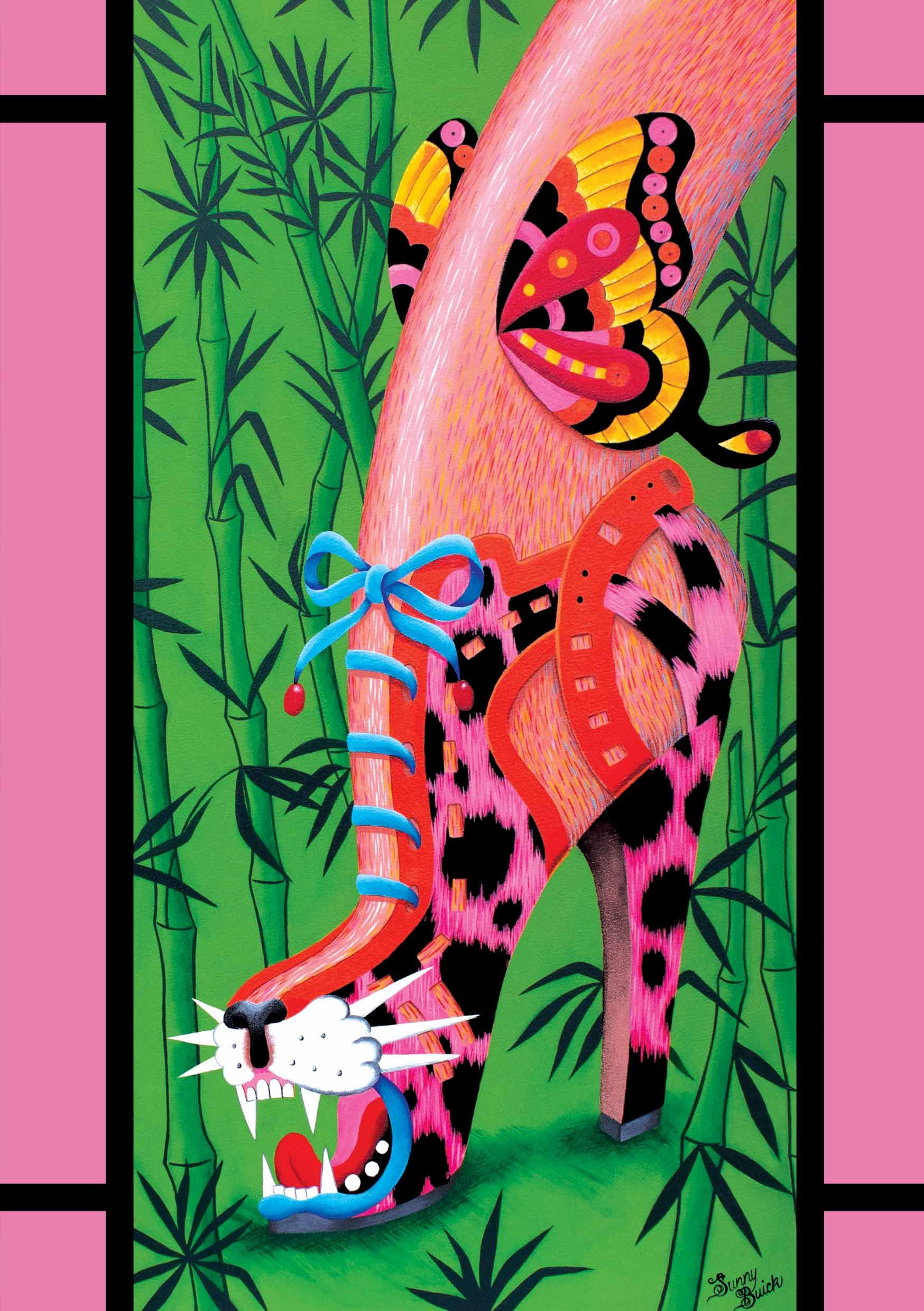 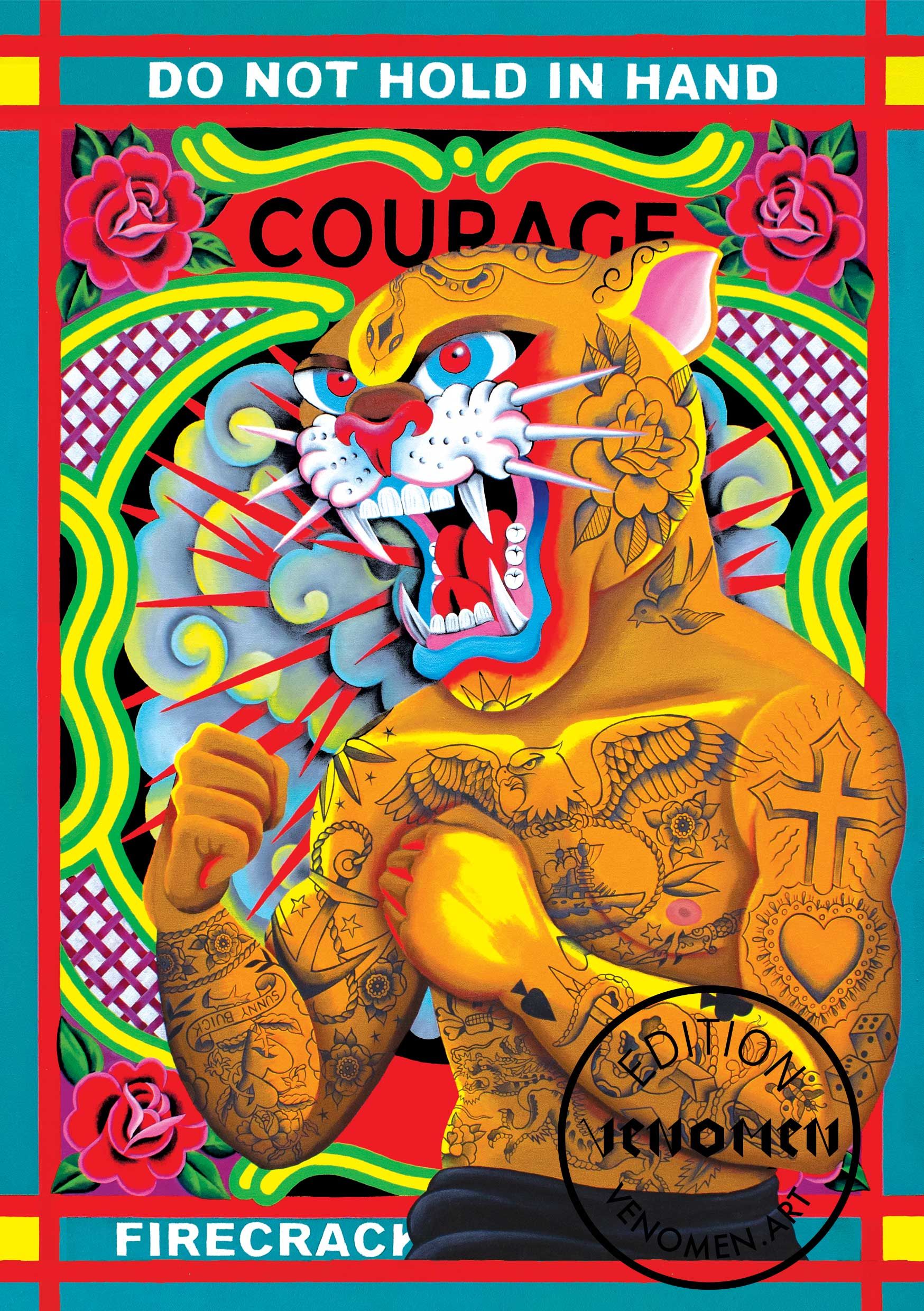 Venomen sublimates two images of Sunny Buick to create posters of lowbrow inspiration tinged with the old school, sweet, kawai and girly pop fifties tattoo universe, of which Sunny has solely the recipe.

Sunny Buick, who was born in Canada, spent her teenage years in San Francisco. She was raised by a hippy mother, who encouraged her creative spirit.

In parallel to her tattooing career, she develops a dense pictorial activity and participates actively in the lowbrow movement in California. Her works very quickly attract the attention of connoisseurs and are the subject of a first exhibitionat the Balazo/Mission Badlands gallery in 1998. Her universe, largely influenced by popular Chicano iconography (she has been a regular ritual installations of the Day of the Dead in the Mexican community of San in the Mexican community of San Francisco) is a celebration of American popular imagery.

In her references, Sunny Buick readily cites Mexican artist Jesus Helguera, the American painter Thomas Hart Benton and, above all, Max Ernst, whose series of collages "A Week of Kindness" she particularly appreciates. "I am fascinated by surrealism. That's why I felt so close to lowbrow. Like the painters of this movement, I am deeply influenced by the images of the past century," she explains in the magazine HEY! modern art and pop culture #2. Her painting and drawing work has appeared in several artists' books such as Vicious, Delicious, Abitious, dedicated to women artists of the lowbrow scene, or in the book Beatsville, published by the Australian gallery Outré.

She has also continued to be presented in galleries and museums, notably at the Yerba Buena Center for the Arts, in California. In 2003, she curated a major group exhibition : nearly one hundred artists from the lowbrow and "and "pop surrealism" gathered around the theme "Sci-Fi Western”, of which she also directed the catalog. She now lives and works in Paris. A key figure in the Parisian tattoo scene scene, she was immortalized by the famous couple of photographers Pierre & Gilles in 2001. 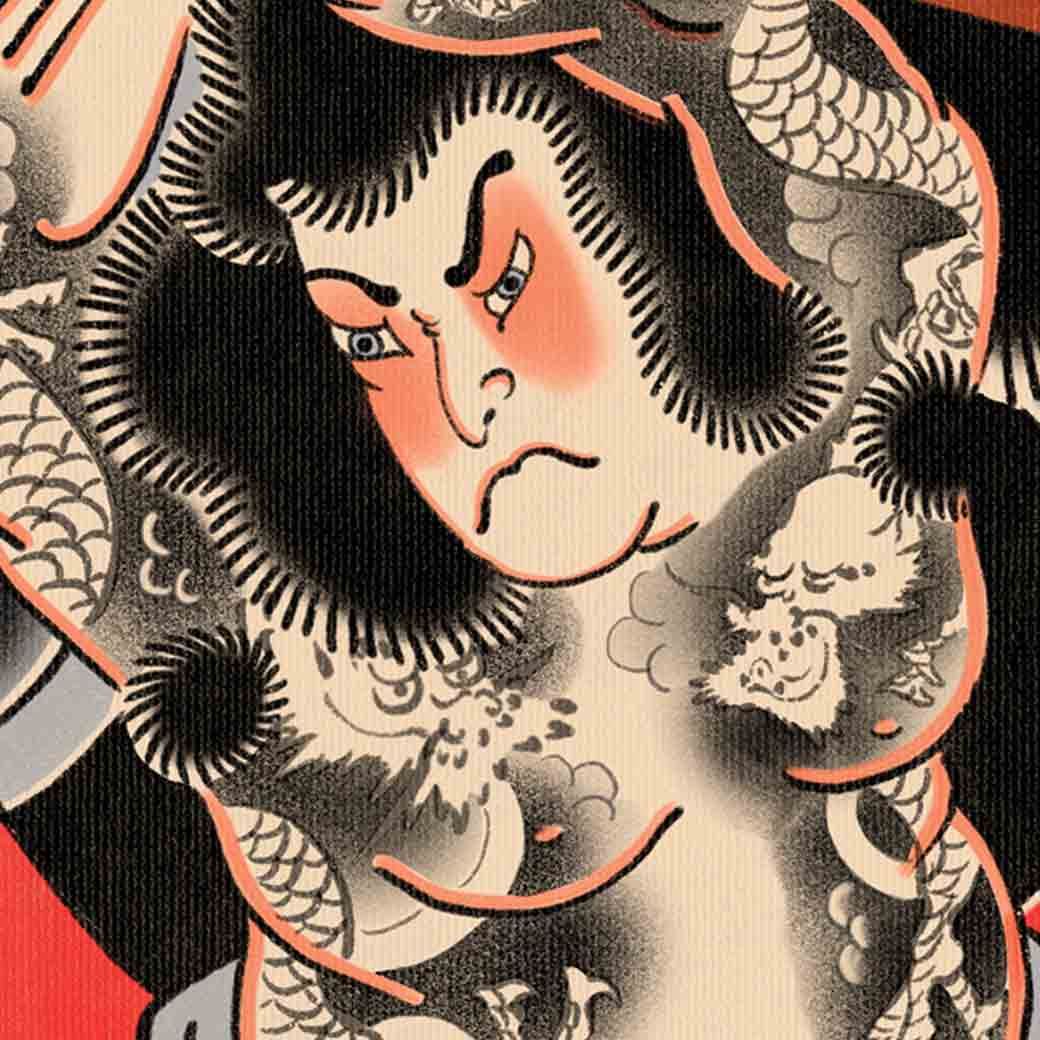