Saint Molotov has been a subcultural activist since 1989. He published his images from 1991 to 1997 in the fanzines Trojan and Boot Party of Chicago.

A hermit in the mountains in 1999, he touched on abstraction through the agglomeration of recycled objects, giving birth to sculptures and bas-reliefs. Little by little, he has inserted a figurative, narrative and symbolic form of characters, made of scrap metal.

He has been represented by the Christelle Pernet gallery since 2005. He began to paint and create the character of Saint Molotov in 2007, while directed by Antoine Rigal. St Molotov discovered occultism and religious art and exhibits at the Lyon Biennial. His work is a magical introspection. Leon Lam encouraged him to create mystical tattoo designs during a trip to Hong Kong.

In 2016, his nomadism drove him away from painting and he began to design some panos. A large exhibition in Poitiers followed, and since then, he has not ceased to exhibit his work :

The posters developed in collaboration with St. Molotov use his raw iconographic system, mystical-primitive, close to the codes of the Romanesque art and tarot. 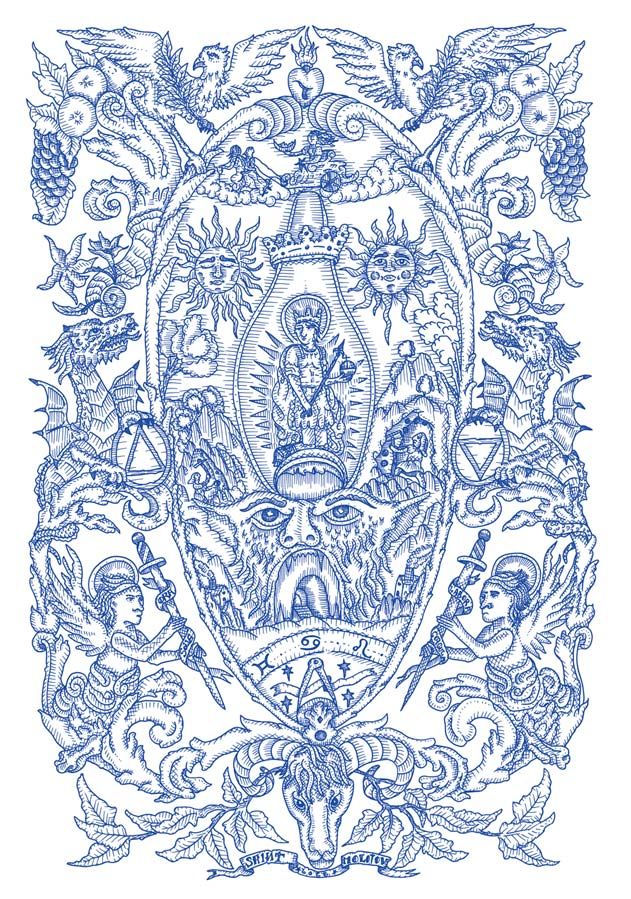 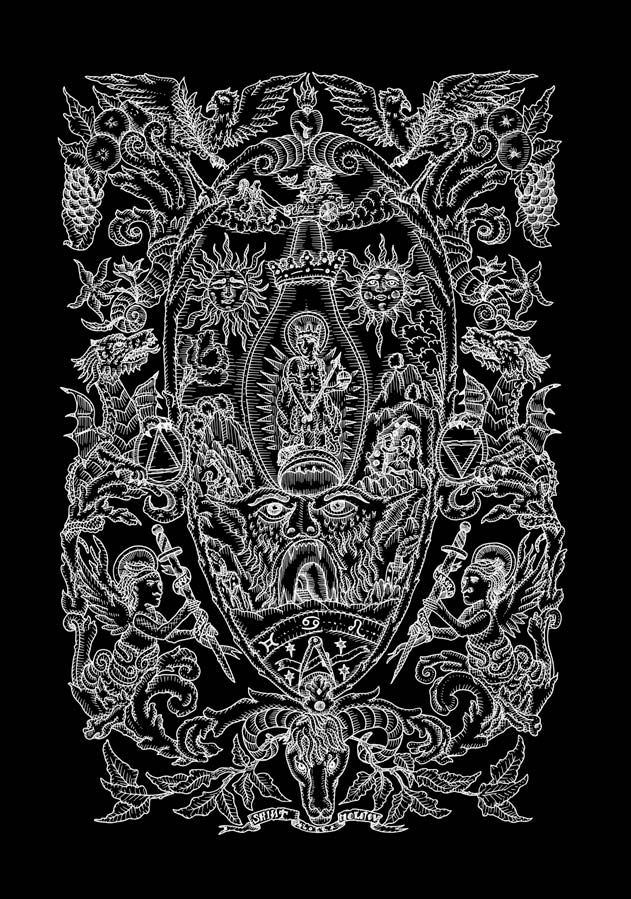